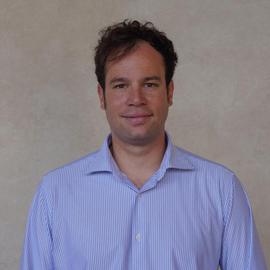 I am an applied economist interested in education, migration, and political economy. I work as an analyst within the OECD’s Directorate for Education and Skills.

Prior to joining the OECD, I was a Research Associate at the Migration Policy Centre at the Robert Schuman Centre for Advanced Studies.

I received my PhD from the European University Institute under the supervision of Andrea Ichino and Andrea Mattozzi in May 2022.

You can find my CV here.

This paper investigates the effects of the political distance between European Commissioners and heads of government on the allocation of funds flowing from the European Union to EU member states. The EU’s agricultural and regional budgets offer two particularly interesting case studies due to the discretion exerted in these domains by the Commissioner for Agriculture and the Commissioner for Regional Policy, respectively. Leveraging the difference in timing in the turnovers of Commissioners and heads of government, I test whether the political distance between EU commissioners and heads of administrations affects the share of agricultural and regional funds countries receive from 1979 to 2006. Results show that greater ideological distance is a strongly significant deterrent of funds being channelled. The effects are strongest in pre-election years, for countries providing the Commissioners in charge of the given portfolios, and for countries that are single-party ruled, as opposed to coalition ruled. These findings suggest the behavior of European Commissioners follows similar principles to nationally elected leaders and are important given the salience of agriculture and regional funding at the European level and ongoing debates surrounding EU integration and the political independence of the EU’s executive body.

This paper investigates the effects of campaign finance rules on electoral outcomes. In French departmental and municipal elections, candidates competing in districts above 9,000 inhabitants face spending limits and are eligible for public reimbursement if they obtain more than five percent of the votes. Using an RDD around the population threshold, we find that these rules increase competitiveness and benefit the runner-up of the previous race as well as new candidates, in departmental elections, while leaving the polarization and representativeness of the results unaffected. Incumbents are less likely to get reelected because they are less likely to run and obtain a lower vote share, conditional on running. These results appear to be driven by the reimbursement of campaign expenditures, not spending limits. We do not find such effects in municipal elections, which we attribute to the use of a proportional list system instead of plurality voting.

The inflow of migrants can impact on public spending through its effect on local preferences for redistribution and through changes in demand for local services brought about by migrants' distinct characteristics. In this paper, we analyse the effects of the migration wave from Central and Eastern European countries following their EU accession in 2004 on local level redistribution in England, specifically disentangling these two channels. We apply a difference-in-differences estimation strategy and find that migrants did not have an effect on local authorities’ total service provision per capita. Once we zoom in on the different expenditure items, we find that local authorities experiencing relatively larger migration inflows saw their spending on means-tested social care services decrease in relative terms, while spending on education services increased. Analysing changes in local Council compositions and internal migration flows in response to the arrival of outsiders, we find no evidence that spending shifts are driven by a change in the local willingness to redistribute income. Rather, our results suggest that, due to migrants’ young age at the time of arrival, migration following the 2004 EU enlargement alleviated some of the pressure social care spending in England faces.

Research has shown that first-time voting experiences affect subsequent voting behavior with salient elections boosting subsequent turnout and non-salient ones suppressing it. We challenge this view. Following research on the context-dependent nature of habit formation, we argue that all elections should affect subsequent turnout in elections of the same type. Comparing individuals that differ only in how salient their first eligible election was (Presidential or Midterm), we find support for this expectation. Individuals are more likely to vote for, and be interested in, elections of the same type as their first voting experience. Leveraging voting age laws in the US, we also show that such laws affect subsequent participation by changing the type of election individuals are first eligible for.